We find HEXplore It games incredibly immersive, but not only because of the themes chosen for each volume, graphic arts, events descriptions, and flavor texts but also because of how much every HEXplore It stimulates our imagination.

Let’s look at the small sample from Domain of Mirza Noctis. I started as one of the Rona people, native, very superstitious habitants of Krasvetelia. My medium named Wanda had the ability to see and conjure the spirits, using their powers to vanquish enemies and aid allies both in and outside the combat. The stronger I got, the more unique spirits were following me. This character is just one of the dozens of combinations you can get during your time with Domain of Mirza Noctis, and just during the set-up! Cause once you start the game, you and your team will face countless challenges changing them and making them unique during every session.

I was bitten and I became lycanthrop, with the ability to transform into a ferocious beast, sometimes out of my control. I get my own familiar, living blade aiding me on my journey. I even died becoming a ghost myself, a spirit of vengeance aiding Greg until he found a way to revive me. Together we have witnessed unimaginable horrors, disturbing wonders, we have explored forgotten dungeons, solved mysterious investigations, fought deadly enemies known from local folklore, rescued villages from blood collectors, defended monasteries, and I even didn’t mention half of the things we have done during one session.

The lore and amount of stuff you can encounter and experience in this game is almost endless, and every time you play it, you’re gonna discover new stuff together with smaller details and easter eggs hidden here and there. HEXplore It is one of those games you can feel it was created by the true enthusiast, who gave during the design process everything he could, focusing on experience, not on the game’s monetization. The closest analogy I can find for Domain of Mirza would be Skyrim, with its open-world full of new things behind every corner, and endlessly rich lore.

Veterans would probably appreciate new stuff making this game even more immersive. Now power-up cards are not only a set of icons, but each has its flavor texts, graphic arts, and have some extra things on them making them even more meaningful. Enemies you will face also get their own, unique graphic arts, and it’s awesome we are getting an option to update previous Hexplore it volumes this way too. Graphic arts can be found also on many circumstance cards as well, and all descriptions and flavors texts are written as well as always.

Each new volume of HEXplore It introduces new mechanics into the family, sometimes changing previous ones, sometimes adding something extra.

In the Sands of Shurax, we have caravans with special, random events, mutations, four cities, minigames, reputation, quests, and much more. Shurax’s expansion also got Black Pyramid, a quasi-dungeon with a lot of combat and a lot of rewards. The domain of Mirza Noctis introduces a more classic dungeon approach, definitely more transparent and manageable but at the same time super engaging thanks to the dungeon decks with extra events and encounters.

Instead of quests we get other improvements in form of investigations, during set-up we pick up also minor aspects like noble or peasant, and during the game, we can get major aspects like lycanthropy. Up to this, our heroes can acquire familarias, mythical creatures aiding them in various ways, and cherry on top of the cake are keepsakes drawn randomly during set-up. When you die, you are not passively waiting to be reviewed, but you transform into a spirit or other undead creature with an entirely different skill set you can use to help your teammates before they revive you.

Also encounter deck with enemies is a separate pile now.

There is a lot of new, good stuff in Domain of Mirza Noctis, and it provides a different experience than previous volumes, matching the new theme perfectly at the same time.

This is one of the biggest pros for the newcomers, because the Domain of Mirza is significantly more compact, especially compared to the Sands of Shurax. The previous volume with its big cities, caravans, arenas, and other stuff created this massive world, full of very occasional situations, which some veterans can find a bit more epic. But the prize was that some things were too chaotic at the first sight, the feeling of being overwhelmed was huge, and the amount of effort to get to know the game to play smoothly was massive

The isolated Krasvetelia region reminds a lot of Romania from Dracula tales, with blood-obsessed Mirza Noctis who never gets old, mysterious disappearances, and dark folklore. The game serves us the more claustrophobic and smaller world, under the oppression of Mirza Noctis. Players are not going to fight in arenas, be famous and gain glory. In Volume 4 we are under the occupation where agents of Mirza Noctis are following every our step.

+/- Works with every player count but not in the same way

Being fully cooperative ensures that the game runs smoothly with every player’s ccount. You can easily experience each aspect of the game no matter how big your team is, and solo play is as enjoyable as sessions with larger groups. However, bear in mind that some things can be harder and some easier to overcome depending on the team’s size. Solo games can be extra difficult, cause you have to manage everything by yourself, on the other hand, bigger teams have to communicate a lot to use all of the potential synergies between players, and combats can be a bit messy with so many skills at the same time. We think that 3 players are the sweet point.

+ Customizable to the death

The developer gives us all the tools to make the game as customized as we want. Besides total freedom in combining races, roles, aspects, keepsakes, familiars, and others stuff, you can even… combine Domain of Mirza Notcis with previous and future volumes of HEXplore It, making a number of combinations from hundreds to infinity, and facing more final bosses at the same time. And if during experimenting with all of those combinations you find the game suddenly too easy, you can adjust play to the 6 levels of difficulties, and you can raise it even in the middle of the session.

I would say Domain of Mirza is much closer to the mainstream and it’s definitely more approachable for newcomers but it’s still an incredibly demanding game. It requires from you a significant amount of time to understand the game, get not only the rules, but also possibilities each location and mechanic within the game offers, and even more time to explore the abilities of your constantly changing team. You have to track many things during the sessions, and at the beginning, you will probably feel overwhelmed by so many options and ways to proceed. Is there something that can be done to make our lives easier without sacrificing all of the HEXplore It magic? Rulebooks are not the most transparent ones we have ever read, so some booklet with a few tutorial rounds would be a game-changer. Also, extra cards with all of the items you can acquire in villages and monasteries would be nice, it’s sometimes too much stuff to write it down on your hero boards, so you have to constantly check what specific items are doing until you memorize them.

Are you new to HEXplore It, and you are wondering if Domain of Mirza is enough for you, or you should invest in previous volumes too? The answer is quite simple. If our review and mentioned cons make you wary if you find yourself in HEXplore It universe but you still want to try it, let’s focus on Domain of Mirza Noctis. But if there is a chance, or you are sure the game will match your taste, get one or more extra volumes, cause trust me, you will try to find them in retail sooner or later and it will be both harder and more expensive to get than through KS, at least it was for us.

We are guys who like challenges, and complex games give us a pleasurable sensation even by just being complex. A big entry threshold and amount of time needed to enjoy the game is not something we find a con if the game at the end is awesome. But we understand that not everybody can be so forgiving in this aspect and that’s why we can’t give the game a maximum score. Saying so, HEXplore IT Domain of Mirza Noctis gets from us 9 on 10 scratches and our Mark of the Beast, reserved for the best games in our collection. That’s all for today, and if you enjoyed our video, do not be such a Mirza, and subscribe to our channel. See you at the next game. 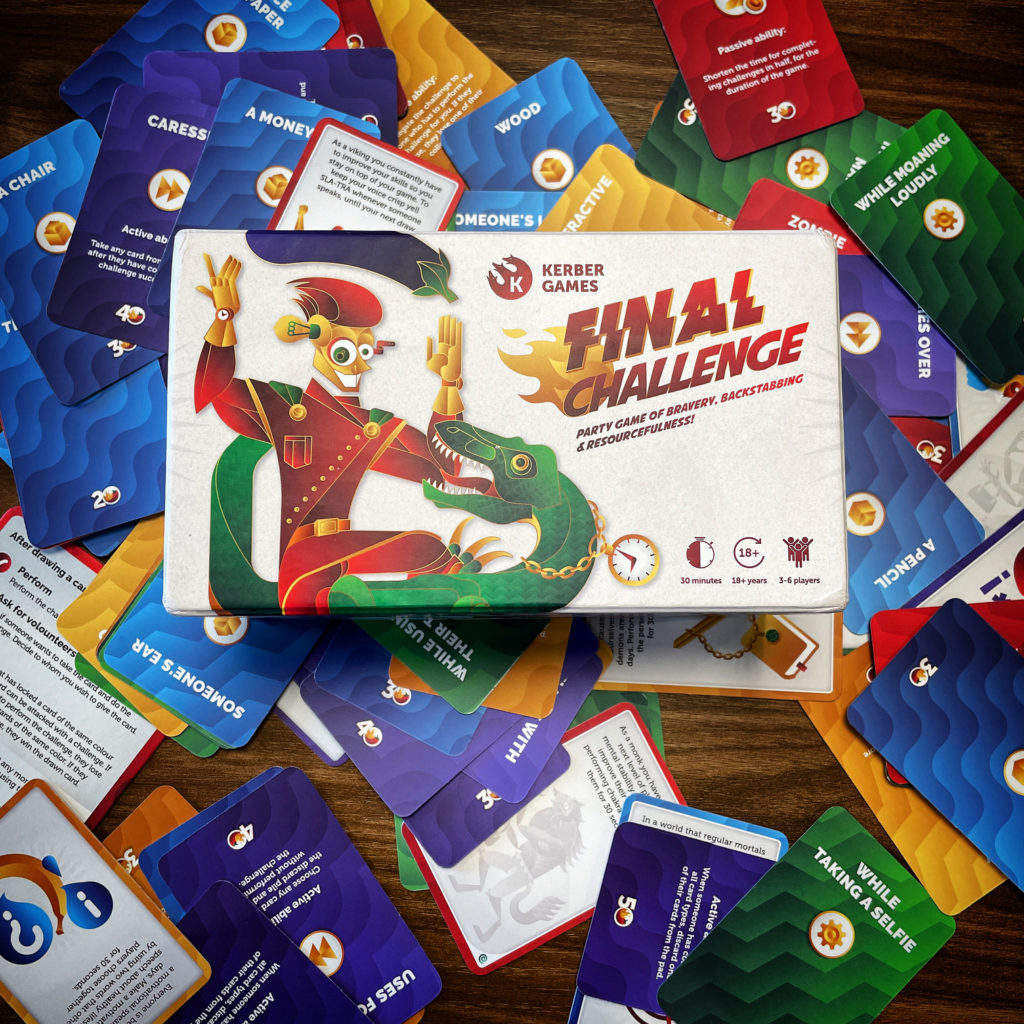